RTAA Continues Its Support of
General Aviation at Stead Airfield

SAUA appreciates work done at RTS by the Reno-Tahoe Airport Authority over the past few years. Some of the more notable items are:

SAUA very much appreciates the support from RTAA. Thank you!

Notes from the Board of Directors

At the November SAUA Board of Directors meeting, guest Krys Bart, CEO at Reno-Tahoe International Airport reported the following:

Ms. Bart stated that she has been at RTIA for 13 years and has approved $47,000,000 for improvements at Stead. She said that one of her first actions at RTIA was to appoint Skip Polak as Stead Airport Manager with orders to ―fix the relations at Stead and make it right.

Some of the new things on the drawing board within the next three years for RTS are a new AWOS, the Runway Safety Area (construction now in progress,) and a new two-story terminal building at the site of the Airport Manager‘s office building current location. The new terminal building will also include a regional Emergency Operations Center (EOC) for Northern Nevada.

Ms. Bart briefed that the Stead Airport does not operate in the black. Monies from RTIA make up the shortfall, with approximately 1/3 from airline fees 1/3 from the gaming activities in the main terminal.

Five improvements coming to RTIA over the next three years are new finishes for the check-in areas, moving the food courts upstairs and Security downstairs, extension of taxiway C, new snow removal equipment and a new cargo ramp. These improvements will cost $61,000,000.

All of these improvements present quite an impressive list of accomplishments and future projects for her 13 short years at Reno-Tahoe. The SAUA Directors thanked Ms. Bart for her efforts at Stead and wished her continued success.

Provider of upscale services to private aircraft to build in Reno

Million Air, the provider of general aviation services, will not be in a hurry to hang a sign on its temporary facilities at Reno-Tahoe International Airport.

The company plans to invest about $300,000 in coming weeks to spruce up facilities previously occupied by Sierra Air. Million Air, which is wrapping up final details of a contract with the Reno-Tahoe Airport Authority, expects to begin operations in Reno October 1.

Only when it is confident that the renovated facility meets its standards will the Houston-based company hang its sign.

Million Air expects to invest about $10 million in a permanent facility at Rock Boulevard and Mill Street. It is planned for opening in 2012.

Those facilities will include hangars, fueling operations as well as meeting rooms, offices and other facilities to serve an upscale market of crews and passengers on private aircraft.

The second phase is projected for comple-tion in 2017.

The airport will extend a taxiway to serve the currently vacant location where Million Air will locate.

Tina Iftiger, director of airport economic development, says a second phase would involve development of aircraft mainte-nance and repair facilities. Those would bring investment of another $ 10 million or so.

Iftiger said employment at the Million Air operation is expected to total about 20 people, with an average wage of approximately $20 an hour.

The airport estimates the economic impact of the operation at $57 million over the next five years.

Million Air operates 26 facilities to serve general aviation at airports in the United States, along with two in Canada and one in the Caribbean.

Its facilities are a mix of corporate-owned and franchised operations. The Reno facility will be corporate owned.

The announcement comes on the heels of news this summer that Western Jet Aviation of Van Nuys, California leased a 24,500-square-foot building at the airport for a facility that provides heavy maintenance service for Gulfstream corporate jets.
Airport officials hope to develop a cluster of aircraft-maintenance businesses at the facility. 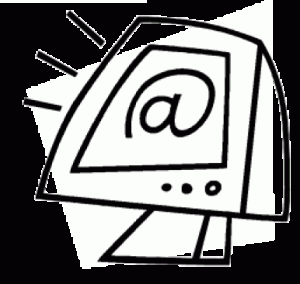 Our goal is to create quick and easy access to important information, and foster effective communication with the aviation community and the general public‖, said Steve Mokrohisky, Assistant County Manager for Douglas County.

Visitors to the site will have the opportunity to learn about the airport, businesses and the community, sign up for quarterly e-newsletters, review requests for proposals and upcoming events, link to the airport‘s Facebook and Linkedln pages, and submit comments online.

From the point of view of a regional economy, growth is dependent on economic advantage, or having ―export‖or ―monopolistic‖ industries that attract economic activity from outside the region.

The Gazette- Journal ran a special report, entitled ―Reno 2020‖, on October 3 which described what Reno might look like 10 years from now if the area doesn’t attract new, high-paying jobs. Sometimes, what you are looking for might be right under your nose.

I am referring to the Reno-Tahoe International Airport. It has the potential to make a significant contribution to real economic growth and give the area a major advantage.

What could make a tremendous difference is the transformation of the airport to a regional/national general aviation economic cluster — and that‘s what the airport authority intends to do. Along with the recently completed $65 million expansion of the main terminal‘s ticketing area, and the $27 million new tower, the airport just announced that three private companies have purchased/leased facilities in the airport‘s development zone resulting in 57 high-paying jobs. Dassault Aviation Services (maintenance facility for Falcon jets) has made a $2.2 million capital investment on the airport‘s northeast corner and anticipates possible expansion within two years. And Million Air, a fixed base operator for high end general aviation, will construct new facilities ($20 million capital investment and 100 construction jobs). Finally, Western Jet Aviation will open a maintenance facility for Gulfstream jets on the southwest side of the airport on November 1. EDAWN estimates the 5-year economic impact for all the projects at $89 million.

The airport has additional land for more development (on the east side, the old Brookside Golf Course where the new tower now stands, on the southwest side by Western Jet, and northeast where Dassault and Million Air reside) which the airport authority intends to pursue. Positioning the airport as a regional center (a unique concept that attracts businesses and individuals from outside the area to do business here) and enticing new businesses, which have high paying jubs, are part of an economic development formula that must be repeated many times over the next 10 years to avoid the ugly conclusions of the “Reno 2020” study.

1. Runway 08-28 will be closed Monday through Friday, beginning Monday, November 15 at 0700. The runway will be open from 1700 Friday until 0700 the following Monday. Closures include night
hours. Lighted X‘s will be on each end of the runway during closures.
2. Taxiways A4, A3, A2 and C will also be closed during the same time periods. During these closure periods, 1‖ metal plates will be on A3, A4, taxiway C and taxiway D.
3. The week of Thanksgiving and the week between Christmas and New Years
will be no-work weeks for the contractor,
so all airport surfaces will be open and available (weather permitting). Dates are 11/20 – 11/28 and 12/25 – 1/2/11.
4. These weekly closures are scheduled to last no more than 60 days, so the closures will run to the middle of January.
5. Upon completion of these two phases, Runway 26 will be open with a displaced
threshold, allowing for 5,015 feet usable runway.
6. Runway 14-32 will be available at all times.
7. Exercise EXTREME CAUTION while operating at RTS during this project. There will be men and equipment working adjacent to all movement areas, with periodic vehicle crossings of closed movement areas (plated taxiways). The project should be completed by early spring.

Dave Cronin, the United Airlines pilot who successfully landed a crippled Boeing 747 to save more than 300 passengers and crew after a cargo door ripped off during flight in 1989, has died at his home in Minden.

“He was a really wonderful human being,” said Tim LoDolce, president of the Truckee-Tahoe Chapter of the Experimental Aircraft Association of which Cronin was a member.

Cronin, who joined United Airlines as a pilot in 1954, was on his second-to-last flight before mandatory retirement, when he and his Los Angeles-based flight crew took off from Honolulu International Airport on February 24, 1989, bound for Auckland, New Zealand.

United Flight 811, which held 337 passengers, 15 flight attendants and the flight crew of Cronin, first officer Al Slader and flight engineer Mark Thomas, was passing between 22,000 and 23,000 feet elevation when a forward cargo door blew out, resulting in a gaping hole in the side of the aircraft. Two rows of seats were ripped out, resulting in the deaths of nine passengers.

Two of the planes four engines were rendered inoperable. Despite that fact, Cronin was able to turn the plane around and land it safely at the Honolulu airport about 25 minutes later.

Asked how he coped with the situation, Cronin said simply, “I prayed, then went to work.”

“He was deeply religious,” LoDolce said.  “He told me there was no way he could have brought that airplane down without God‘s help. If he‘d made one wrong maneuver, he would have never made it.”

After his retirement from United, Cronin flew a Lancair Legacy in the Sport Class at the Reno National Championship Air Races for several years. He named the plane “For God‘s Glory.”

Art Dimick of Minden volunteered there with him this year and was struck at how popular Cronin was with the pilots and crews.

“It just amazed me how well-known he was in the flying community,”  he said. “A guy who had been an American Airlines captain came up to him and said, “You don’t know me, but I know you.‘ Dave was very humble. He just said, “Thank you‘”.

Cronin lived in Incline Village before moving to Minden. He is survived by four daughters.

6. Sit in silence for at least 10 minutes each day.

9. Don‘t compare your life to others. You have no idea what their journey is.

10. Don‘t have negative thoughts of things you cannot control.

12. Don‘t take yourself so seriously. No one else does.

13. Dream more while you are awake.

14. Forget issues of the past that will ruin your present happiness.

15. Life is too short to waste time hating anyone.

16. Make peace with your past so it won‘t spoil the present.

17. No one is in charge of your happiness except you.

19. You don’t have to win every argument. Agree to disagree.

21. Each day give something good to others.

22. Forgive everyone for everything.

24. Try to make at least three people smile each day.

25. Your job won‘t take care of you when sick, your friends will, stay in touch.

26. Do the right thing! 27. Get rid of anything that isn‘t useful, beautiful or joyful.

28. However good or bad a situation is, it will change.

Just a thought or two –