On Tuesday, April 16, 2013, crews tore down the World War II-era general aviation building at Reno-Stead Airport in preparation for a new two-story, $6 million facility to be built this year.

“It will be like a shopping center. It will be an anchor for the community,” Krys Bart, President/CEO of the Reno-Tahoe Airport Authority, said before a ceremonial groundbreaking on the new building. “It will provide a proper welcome and send-off for general aviation.”

She said the Reno National Championship Air Races’ crash in 2011, in which a pilot and nine spectators were killed and more than 80 injured, illustrated the urgency for an emergency operations center.

“That really showed that we need an updated facility,” she said.

The old building was a single-story, cinder-block structure dating to the Cold War era when the airfield was part of the former Stead Army Air Base and later the Stead Air Force Base, until it was closed in the early 1960s.

In recent years, the airport operations at Stead have expanded into nearby trailers, which will be removed when the new building is completed by year’s end or early 2014.

“That is not this community putting its best foot forward,” Airport Authority spokesman Brian Kulpin said of the trailers. “They have no focal point now. This (new building) will be it.”

Tom Hall, President of the Reno-Stead Airport Association, said the new facility will be welcome.

“Everyone’s starting to realize Stead is a diamond in the rough,” he said. “We need to help make our economy here progress for our kids and grandkids. We need to move forward and the opportunity is now.”

Q&D Construction of Reno will be the general contractor, and President Norm Dianda said the project will employ 100 to 150 workers. He said he welcomes the work, especially in light of the recession’s pinch on the construction industry, which has seen its employment base shrink by more than half.

“Considering there’s not much else going on right now, this is big no matter what,” Dianda said. “The last five years have been some of the toughest times I’ve seen in 49 years I’ve been in business. This means a lot.”

The Stead project will be paid out of Airport Authority bond funds, Kulpin said. 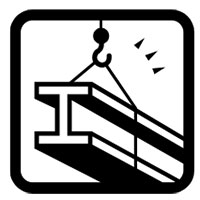 Students on Path to Aerospace Careers

Northern Nevada’s K-12 and university students had the opportunity to be introduced to a wide range of aerospace and aviation careers on April 17, 2013
during the Fifth Annual Pathways to Aviation event at the University of Nevada, Reno.

Over 240 attendees participated, including students, educators and members of the public and private sectors. Speakers included Mark Sirangelo of Sierra Nevada Corporation’s Space Systems and Paul McFarlane, lead flight director of the Challenger Learning Center of Northern Nevada. The event was designed to cultivate upcoming engineers, scientists and innovators while also stressing the importance of Science, Technology, Engineering and Mathematics (STEM)
education.

The public event was free and was held at the Joe Crowley Student Union.

Smothering the greater portion of Utah, including Salt Lake City, a gigantic dust storm swept from the south today, stopping airplane travel, blinding
motorists and causing damage to agriculture. Centering over Grantsville, where a large area of eroded land fed clouds of dust to the gales, the storm
extended south to Modena, north to Pocatello, Idaho, and west into Nevada. Clouds of dust swirled 6,000 feet high and paralyzed auto and air traffic in some areas. The first damage reported in Salt Lake City was the collapse late today of a brick wall at the city hangar at the municipal airport. A twin-motored airplane was damaged by flying bricks and timbers. A smaller plane incurred slight damage.

Dozens of air shows that draw tens of thousands of people and generate millions of dollars for local economies have been canceled this year after the military grounded its jet and demonstration teams because of automatic federal budget cuts.

For years, the biggest draws at air shows have been the military’s two elite jet teams, the U.S. Navy’s Blue Angels and the U.S. Air Force’s Thunderbirds, and their intricate stunts.

The armed services also have provided F-16, F-18 and F-22 fighter jets and the U.S. Army Parachute Team, known as the Golden Knights.

All the teams were grounded as of April 1 to save money, and the military also dramatically curtailed its help with ground displays of various aircraft.

Those cutbacks have affected more than 200 of the approximately 300 air shows held in the United States each year, said John Cudahy, President of the
International Council of Air Shows.

About 60 shows have been canceled, and he expects more cancellations as the season progresses and hope for restoration of the budget cuts fades.

He predicted 15 percent to 20 percent of the shows won’t return next year, even if the military begins participating again. 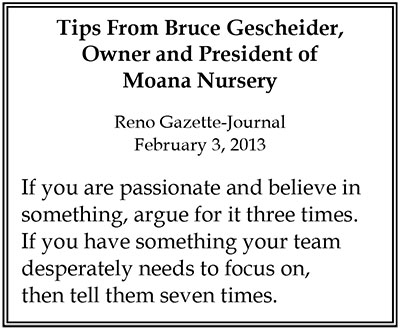 Douglas County commissioners recently considered a five-year contract with ABS Aviation Management Services to run Minden-Tahoe Airport that officials say will save $240,000 over the life of the agreement.

Douglas County Manager Steve Mokrohisky said the contract would cost $412,000 the first year with a 3 percent annual increase the next four years.

“The Minden-Tahoe Airport is the only financially, self-sufficient general aviation airport in Nevada,” Mokrohisky said. “That means no general tax dollars
subsidize the airport operations. It’s fully funded by fees collected by airport businesses and users.”

Jacks Valley Elementary School 5th-grader Bryanna Marlatt had never been in a small aircraft before, let alone one without a motor.

Bryanna, 11, was one of nearly 60 children who participated in the April 20, 2013 Young Eagles Program at the Minden-Tahoe Airport.

She watched as her dad, Derek, described the experience of being in a glider.

“She asked how it gets up there,” he said.

For her part, Bryanna said she was excited to go on the glider.

This was the first year the Young Eagles got an opportunity to fly in a glider.

Holtz said the Young Eagles program was an excellent way to recruit new pilots among the next generation.

“Quite a few go on to get their pilot’s license,” he said.

After an orientation about the aircraft, children were assigned a pilot and an aircraft. Six powered aircraft and one glider took children for 20-minute rides
above Carson Valley.

Each child gets a certificate upon completing the flight and a logbook with a picture of them with the aircraft they first flew aboard.

Sponsored by the Experimental Aircraft Association Chapter 403 in Carson City, organizers hope to interest children in becoming pilots or pursuing careers in aviation.

The next Pathways to Aviation/EAA Young Eagles at Reno-Stead Airport will be held on Saturday, June 22, 2013, starting at 8:00 a.m.

LAS VEGAS — A series of errors, including a pilot’s failure to properly complete a preflight check, led to the crash of an unmanned drone aircraft in December,
2012, in a remote area north of Las Vegas.

A 35-page report details the causes behind the December 5, 2012 crash, which resulted in a $9.6 million loss for the government but no injuries.

“The pilot conducting the preflight inspection did not execute all parts of the checklist required to identify that the throttle was functioning properly,” offi-
cials from the Air Combat Command said in a statement.

It wasn’t immediately clear whether anyone has been disciplined for the mishap, according to a Nellis Air Force Base spokeswoman.

Bad weather the evening of April 14, 2013, may have contributed to a fatal airplane crash in the Pine Nut Mountains.

Wreckage of a missing Cessna 182 was located near Bald Mountain northeast of Double Spring Flat on April 18, 2013, by Douglas County searchers.

Reno resident Cory Marble, 30, of Reno, was identified as the airplane’s pilot by his mother, who spoke to The Associated Press. A passenger on the plane, a 21-year-old Minden woman, was later identified.

A storm brought snow and rain to the Sierra, with a wind gust clocked at 71 m.p.h. at 8:41 p.m. on the day the aircraft disappeared.

On March 23, 2013, the Annual Women in History reception was held to honor those women who have contributed to the history and quality of life in Carson
Valley.

Among those honored was Linda Mae Draper-Hivert. Linda Mae was born in Kansas City. She started her flying career in gliders in San Francisco. Before there were gliders in Carson Valley, the Drapers started “Soar Minden” at the Reno- Stead Airport. She has flown as a bush pilot in Alaska, a commuter pilot in the Virgin Islands and a contract for the Nevada State Department of Wildlife. She is a lifetime member of Douglas County Historical Society where she served as Trustee for 15 years and nine years as secretary, and as Docent at the Courthouse Museum in Genoa.

Linda Mae serves on the Education and Outreach Committee of the Reno Air Racing Foundation.

General Aviation Security
We are in this together
Call 1-866-GASecur
(1-866-427-3287)
For immediate assistance CALL 911
E-mail TSAgeneralaviation@dhs.gov

We are all stewards of our General Aviation community and no one knows your home airport better than you, so if you see something out of the ordinary, say something!

IF YOU SEE SOMETHING, SAY SOMETHING

Speedy passed away peacefully at the age of 93. He was born in Sacramento, California to Jess Gonzales and Cassie Domingo. In 1948 he married Evelyn Muguira. He worked for Nevada Bell for 33 years and was a pilot in the Nevada Air National Guard retiring in 1969.

He is survived by his children Christine (John), Liz (Joe), John (Gina), David (Cindy) and Annie, his grandchildren Lisa, Alicia, Cassie, Marie, Dominic, Amanda, Jonathan, Hannah and Lucas, and his great-grandchildren Jameson and Lela. His journey to heaven was preceded by his parents, sister Virgina Vollmer, wife Evelyn, daughter Evie and grandchildren Brian and Sara. A Mass was celebrated on February 2, 2013, at St.

Elwyn Francis Freemonth passed away at home on December 1, 2012. His passing was peaceful, as he succumbed to the effects of Parkinson’s disease.

Elwyn was born on August 3, 1922, in Fernley, Nevada, to Oliver and Lillian (Austin) Freemonth. He grew up in Fernley and later moved to Reno with his family after their house burned. While attending University of Nevada, Reno, his senior year was interrupted with the breakout of World War II. As he was part of the R.O.T.C. program, he was recruited and shipped off to Officer Candidate School in Ft. Knox, Kentucky, and into the European Theatre. He served as an SI Adjutant of Special Missions and a tank commander in Pattori’s 7th Armored Group, landing on Normandy Beach, on June 9, 1944 (D-Day + 3) and participated in the infamous Battle of the Bulge. He received the commission of Major upon his return.

After the war, Elwyn married Elizabeth Flyge and had three children. He also went to work as a C.P.A., starting his own firm with Newell Hancock, Bill Geyer and Thornton Audrain. After Betty’s passing, he married Billie Hybarger in 1960. Together they raised five children.

Elwyn went on many hunting and fishing adventures from hunting bear and moose in Alaska to deep sea fishing for marlin in Mexico. Even into his eighties, he was a crack shot with trap, skeet and sporting clays with his buddies from the Prospector’s Club. At the age of 76 he won the “California Indians” Skeet Class Championship, hitting 100 out of 100 targets in a row.

He loved to fly, taking his first flying lesson when he was only 15, and owned his own plane for many years. Through his love of flying came his involvement in the Reno National Championship Air Races as a founding member in 1964. Bill Stead, a fellow Sigma Nu fraternity brother, came to him with the idea for the air races and asked him to be the financial director. He was very active in the community, serving as president of the Prospector’s Club and as a volunteer for the Reno Aero Squadron. He also donated his time and resources to the YMCA, Boys’ and Girls’ Clubs, and St. John’s Presbyterian Church, to name a few. 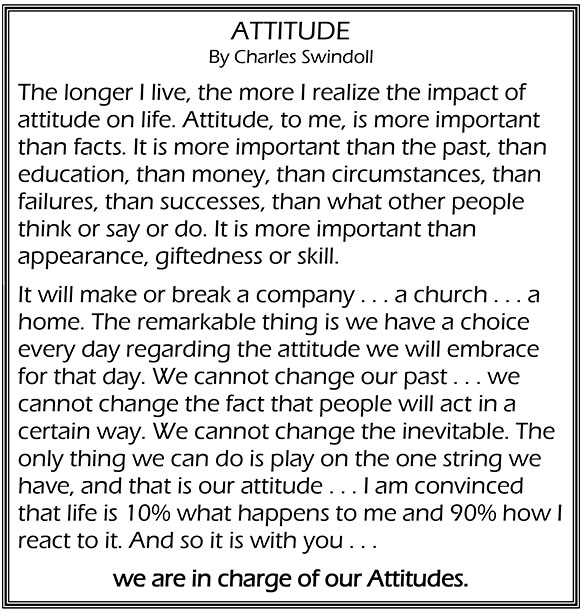 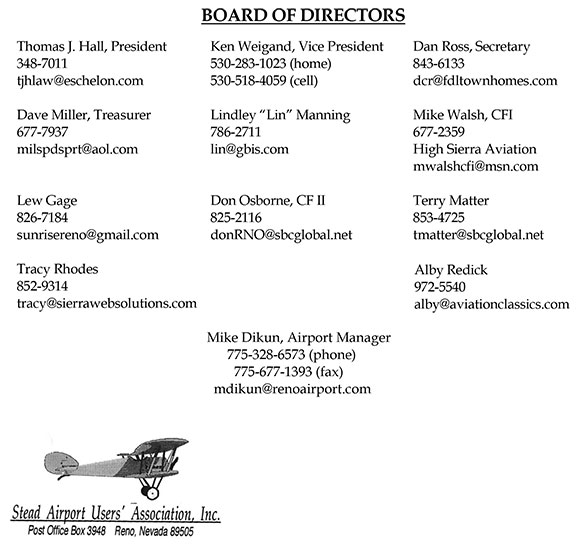