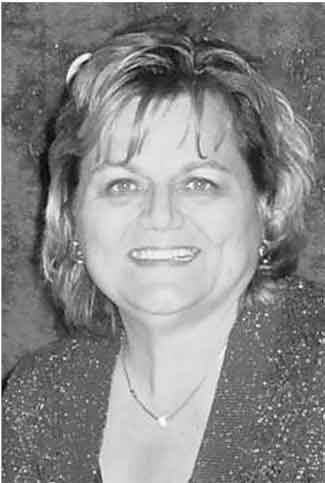 In August of 1979, I moved to Reno from Diamond Bar, California. I started looking for a job right away and in one week received two job offers – The Airport Authority and Nevada Bell. I started with the Airport Authority on August 13, 1979, as a Clerk Typist II in the Administrative Services Department. Looking back, what was funny to me was that I had no idea what an Airport Authority was. I had no idea I would be working at an airport.
I married two years later and I had two sons. In the years to follow, because of maternity leaves, I worked as the receptionist in the Purchasing Department, the Personnel Department and the Properties Department. In 1986, I was promoted to a Secretary and worked in the Finance Department for 9 years. On March 8, 1995, I transferred to the Reno-Stead Airport. I was very nervous about coming to the Stead Airport because it was a General Aviation Airport and I had no experience or knowledge of General Aviation. I had only worked at the commercial airport and dealt with the commercial side of paperwork and tenants. I quickly learned that the Reno-Stead Airport is a small piece of heaven. I have been at Stead for 17 years and have learned a lot about General Aviation and I have loved it. I quickly came to appreciate and enjoy that difference. Meeting the tenants and participating in the inter-personal aspect of the customer service we provide, has been priceless. I really enjoy connecting with the tenants.
I have watched the transformation of this airport with increased new infra- structures, pavement maintenance and general aviation flights. My job duties were acknowledged and my title was upgraded to a Program Technician in 2006.
Looking back, it really seems like yesterday that I came through these doors. Soon it will be the brand new doors, in a brand new EOC building and it truly seems like only yesterday I started working for the Airport Authority.

In their 2002 publication, “Principles of Airport Management and Administration”, aviation educators Roy Eckrose and Bill Green best stated the essence of the aviation industry. They wrote:

The aviation industry is a dynamic and exciting blend of people and airplanes and ground support equipment and services. It is expanding continuously, generating new technologies, developing new procedures, creating new businesses and job opportunities and economic impacts, while constantly adjusting to meet demonstrated and perceived demands for air transportation service. The aviation industry has but a single primary function. It provides air transportation service to our society. Air transportation offers one advantage over any other form of transportation available today. It is faster. Speed is the secret of the aviation industry’s success. The tremendous prestige associated with air travel, and the ability to meet closer deadlines and increase productivity, have made air transportation indispensable in business and government.
Convenience and speed at an acceptable cost make air transportation attractive to an increasing segment of the general population as well, offering ready access to remote locations which, only a few years ago, would have been out of reach. Fishing in the Gulf, skiing in the Rockies, and visiting relatives in California or New England are now feasible activities for a long weekend, from virtually anywhere in the continental United States. Business and industry are the backbone of civil aviation. Time is money, and air travel is a means to expand sales; to reach out to new markets; to take advantage of distant suppliers; to participate in mutually beneficial ventures with other companies. To progressive entrepreneurs, air travel is not a luxury, it is essential.

In a recent report released in January, 2012, by the University of Nevada, Reno, entitled “RTAA Economic Impact Study” the following information was provided:

The Basis of Economic Impact

The economic impact of an airport is a measure of the benefits it provides to the community. These benefits include the jobs, wages and expenditures that take place at the airport. They also include the effects of these expenditures in moving from hand-to-hand through the community, enhancing economic activity far from the airport itself. Economic benefits also include expenditures made by those transient passengers who use the airport but spend their money at other locations. Savings in time and money that the existence of the airport permits, represent another economic benefit that resides with the community. Finally, economic benefits also include the intangible effect the airport has on business decisions to locate or remain in a specific area. Business location decisions based on airport availability are intangible and harder to identify and quantify. Unfortunately, these last benefits and the social values are difficult to measure. Economic impact as a whole comprises direct, indirect and induced impacts. Direct Impact is associated with providers of services at the airport. These providers include the airport operator (public or private), FBOs, air carriers, freight haulers, concessionaires, government installations, educational institutions, military facilities, flight schools and maintenance operations, among others. The value of direct impact is the sum of all payrolls, capital expenditures, operating and maintenance costs, taxes, and fees incurred by every provider of services.
Strictly speaking, direct impacts represent economic activities that would not occur in the absence of the airport.
AOPA Online: Guide to Obtaining Community Support for Your Local Airport, February 26, 2009

In a report entitled “UNIFY | REGIONALIZE | DIVERSIFY, An Economic Development Agenda for Nevada”, prepared in 2011 by The Brookings Institution, Metropolitan Policy Program, Brookings Mountain West, SRI International, it was stated:

7. Aerospace and Defense The Aerospace and Defense (A&D) industry holds high potential for Nevada because of the state’s existing base of defense expertise, its established testing and training infrastructure, and its geographic characteristics that enable extensive testing operations. Nevada’s A&D industry has traditionally focused more on testing and support operations than on weapons and systems manufacture. The state’s support operations have served to attract branches of larger systems integrators, though, and companies such as Boeing have benefited from the state’s testing infrastructure. Nevada’s test ranges host specialized testing and training activities for unmanned aerial vehicle (UAV) platforms. The Aerospace and Defense industry has potential to play a significant role in Nevada’s future.

As Larry Llano says, “A mile of highway can take you a mile. A mile of runway can take you anywhere.” Airplanes and airports are at once about our past and about our future. “But if you pay attention, an airport is a really good thing for a town. You should ask what you can do for your airport, not what your airport can do for you, with apologies to John F. Kennedy.” flyingmag.com, October 2010

The High Desert Montessori School staged an enrichment event for its students on February 23, 2012, designed to teach them the basic concepts of aviation, aircraft technology and the science of flying through a remote-controlled helicopter. The students held a mock search-and-rescue mission under the scrutiny of pilots, members of the community and the Washoe County School District Board of Trustees.

He was born in Long Beach, California. Bob played football for Manual Arts High School, but he was not allowed to drive the team to games in his rattletrap old car, because the first time he did, the car had three flat tires on the way there and the football team almost did not make it to the game on time.

Bob’s love for flying first began when he was five years old. His mother had always been fascinated by flight and saved every extra penny she had until she had enough money to buy two tickets and that flight began his life-long passion for flying. Bob joined the Army Air Corps at the age of 17 where he was able to pursue his love of flying. He had completed multi-engine training, received his bomber qualification and was awaiting assignment to the Pacific when Japan surrendered.

After his discharge from the Army, Bob tried his hand at various occupations including lifeguard, chauffeur for the motion picture studios, firefighter and finally made his way back to aviation. He was hired as a pilot with United Airlines in 1953 and spent the next 48 years flying all over the world.

Bob was highly intelligent and had many interests, including computers, anything to do with aviation, photography and farming. He loved to travel and had a lively interest in other countries and cultures. He was also an active member of Churchill County Search and Rescue, a Past Exalted Ruler of the Elks Lodge, a lifetime member of the American Legion, a friend to anyone who needed a helping hand and a wonderful husband and father.

Bob is survived by wife of 61 years, Toni; two daughters Terry Sullivan of Fallon, and Cheryl Villa (Paul) of Spanish Springs. He was preceded in death by his son Paul Bond (Debbie) of Fernley. He is also survived by several grandchildren, great-grandchildren and a great-great-grandson. 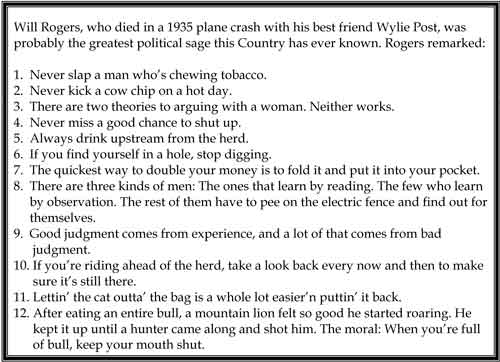 Hull Insurance: Yes or No?

Does it pay to carry hull insurance? There can be no simple all-purpose answer to this question. If there is a mortgage against the airplane with the owner making monthly payments to the financial institution which holds that mortgage, then hull insurance will certainly be one of the conditions under which the mortgage was issued in the first place. But if the airplane was purchased for cash, or if the mortgage has been paid off, then the decision is strictly up to the owner. While the financial awards resulting from liability claims can be so large as to financially ruin even a relatively wealthy individual, the loss potential relative to the aircraft is automatically limited by the replacement value of that aircraft and its equipment. Someone who is financially reasonably comfortable (and most people who own airplanes outright fall into that category) may feel that he can sustain such a loss without catastrophic results to himself or his estate, and he may therefore prefer to skip hull insurance altogether, it is strictly a matter of personal preference.
The reason that many owners prefer to forget about hull insurance once a mortgage is no longer involved is that it involves considerable amounts of money.

The RTAA has proposed to eliminate the Hangar Lease requirement for hull insurance, provided there is a waiver of all subrogation rights against the RTAA. As an example, the following Insurance Clause is now in use:

Section 7.01 – Insurance, A.1: Either Aircraft Physical Damage, provided that such coverage shall be for the full insurable value of the aircraft, or a Waiver of Subrogation releasing Authority from all damages.

Subrogation is the right of the insurance company, after paying the insured’s loss in full, to take over the insured’s legal rights against negligent third parties. With the Waiver of Subrogation, no claim can be made against the RTAA. 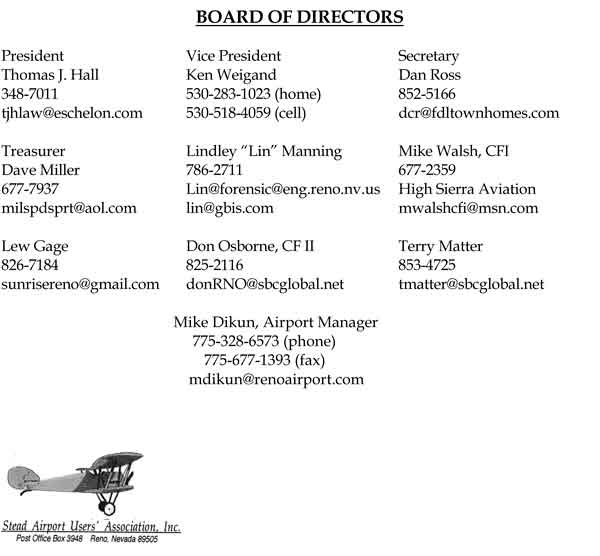