Dear Chairman Hall:
We write again to solicit your support for the proposed EOC/Terminal Building planned and financed by the RTAA for the Reno-Stead Airport, a reliever airport to Reno-Tahoe International Airport.
We strongly believe that we all have an obligation to build for the future to accommodate the needs of future generations of the aviation community. In support of the proposed EOC/Terminal Building at Stead, we offer the following:

Are They Necessarily? Yes They Are!

We have all heard horrendous stories of hangar fires at airports, a combination of burning aircraft, fuel, vehicles and other contents within a hangar. The 2012 fire inspection dates for Stead Airport have come and gone, and we hope that everyone passed their hangar fire inspection. Following is a news article about two recent hangar fires:

Two prop airliners were destroyed by fire on Saturday and Sunday while parked in their respective hangar in different corners of the world.

The first conflagration took out a CSA Czech Airlines ATR 42-500 aircraft when an explosion started a fire in Hangar F at Prague Ruzyne Airport. Photos showed damage contained mostly to the smoldering pile of wreckage that once was OK-KFM. Delivered just seven years ago, the prop jet from Air Contractors, has been written off. A second plane, OK-JFK, was also slightly damaged.

At V.C. Bird International Airport in St. John’s, Antigua, the main hangar of Leeward Islands Air Transport burned to the ground, destroying offices, aircraft and personnel records, along with a Bombardier Dash 8-300, V2-LGH. One airline official called the fire “a disaster.”

Thankfully no one was injured in either incident, but the financial hit for both airlines, which are already struggling, could be significant.

It was not immediately clear what caused either fire.

Some of the Stead Hangar Owners were written up for violation of the “housekeeping” rule contained in Chapter 11, Aviation Facilities of the 2006 International Fire Code, which follows:

1102.1 Definitions. The following words and terms shall, for the purposes of this chapter and as used elsewhere in this code, have the meanings shown herein.
AIRCRAFT OPERATION AREA (AOA). Any area used or intended for use for the parking, taxiing, takeoff, landing or other ground-based aircraft activity.
SECTION 1103 GENERAL PRECAUTIONS

1103.1 Sources of ignition. Open flames, flame-producing devices and other sources of ignition shall not be permitted in a hangar, except in approved locations or in any location within 50 feet of an aircraft-fueling operation.

1103.2 Smoking. Smoking shall be prohibited in aircraft-refueling vehicles, aircraft hangars and aircraft operation areas used for cleaning, paint removal, painting operations or fueling. “No Smoking” signs shall be provided in accordance with Section 310.
1103.3 Housekeeping. The aircraft operation area (AOA) and related areas shall be kept free from combustible debris at all times.
1103.6 Combustible storage. Combustible materials stored in aircraft hangars shall be stored in approved locations and containers.

Several hangars were cited for violation of the housekeeping rule, with regard to combustible debris.
According to Webster’s, “debris” is defined as follows:
de•bris also dé•bris (dƏ-brē, dā-, dā-brē’) n. 1. The scattered remains of something broken or destroyed; ruins.

On August 3, 2012, the Pilot’s Bill of Rights (“PBR”), Public Law 112-153, was enacted. The PBR requires that the FAA notify an individual who is the subject of an investigation relating to the approval, denial, suspension, modification or revocation of an airman certificate of certain information regarding the investigation. Among other things, the PBR requires the FAA to inform the individual that he or she “is entitled to access or otherwise obtain air traffic data.” The FAA may delay in providing such notification if it is determined that such notification “may threaten the integrity of an investigation.”

The recently enacted Pilot’s Bill of Rights provides, among other things, that “air traffic data” should be made accessible to, or obtainable by, an airman in Federal Aviation Administration (“FAA”) investigations when such data are in the FAA’s possession and the data will facilitate the individual’s ability to participate in a proceeding related to an FAA investigation. Some “air traffic data” are in the possession of government contractors providing operational services to the FAA. This notice specifies how and where an airman may request the FAA’s assistance in seeking “air traffic data” from government contractors. 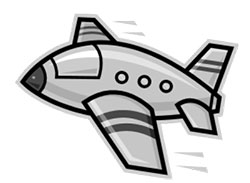 The Right Stuff for space exploration? It may be a few billion bucks.

A new era in space exploration, the billion-aire age, seems to have dawned.

► The SpaceX ship, scheduled to launch May 19 from Cape Canaveral as the first privately financed cargo delivery vehicle to the International Space Station is powered not only by liquid fuel but by millions from PayPal mogul Elon Musk.

“We’re now seeing a new generation of hundred-millionaires and billionaires who are interested in space.” space entrepreneur Diamaudis says. “This is smart money investing in one of the largest commercial opportunities ever: going to space to gain resources for the benefit of humanity.”

Each venture still faces hurdles. For ex-ample, economists and natural resources experts are skeptical that rail cars full of space platinum make sense as a business.

“The required loads of space shipping would be unprecedented if asteroid mining is going to operate commercially,” says Chi-Jen Yang of Duke University’s Center on Global Change.

Historian Roger Launius of the Smithsoni-an’s National Air and Space Museum in Washington, D.C., notes that wealthy ad-venturers, such as Howard Hughes, helped pioneer the airline industry in the last century, and longer ago, tycoons, such as John Rockefeller and Henry Ford created the oil and auto industry, respectively. Diamandis compares today’s space tycoons to New World explorers such as Magellan.

Is this a return of conquistador capitalism? Or have this era’s ultra-rich just found the highest-altitude way to lose their shirts since Icarus had his wings clipped?

“There have always been visionaries and dreamers attracted to space, but never deep-pocketed ones, until now,” says space policy expert John Logsdon of George Washington University.” Clearly, there is a fascination with space and some calculations about how this could all work, that makes this attractive to some very smart and wealthy people.”

NASA also is supporting exploration of asteroids and private rockets, spurs to the eventual commercialization of space. The space agency has paid SpaceX $381 million as it developed its Dragon cargo vehicle.

“I don’t think it is fair to lump SpaceX in with the more aspirational efforts,” Logsdon says. “SpaceX is doing real things and has launched a number of rockets, taken a very practical approach.”

The SpaceX test launch “will be a symbolic milestone,” Logsdon says.
* * *

Civil Air Patrol Cadet Chief Master Sgt. Nicholas Harvey soloed a glider for the first time on August 24, 2012 at the Minden-Tahoe Airport. Harvey has been taking glider flight lessons since spring through the Civil Air Patrol glider scholarship program at the Minden Airport.
Harvey is a senior at North Valleys High School and has been a member of Civil Air Patrol for the past two years.

This week heralds the 70th anniversary of the extraordinary attack on Japan led by Jimmy Doolittle.

The Doolittle Raid, on April 18, 1942, was the first air attack by the United States to strike the Japanese home islands (specifically Honshu) during World War II. By demonstrating that Japan itself was vulnerable to American air attack, it provided a vital morale boost and opportunity for U.S. retaliation after the Japanese attack on Pearl Harbor on December 7, 1941, just four months earlier.

The raid-was planned and led by Lt. Col. James “Jimmy” Doolittle, U.S. Army Air Forces. Sixteen B-25B Mitchell medium bombers were launched from the aircraft carrier USS Hornet deep in the western Pacific Ocean. The plan called for them to bomb military targets in Japan and to continue westward to land in China—landing a bomber on the Hornet was impossible.

All the aircraft involved in the bombing were lost, and 11 crewmen were either killed or captured—with three of the captured men executed by the Japanese army in China.

Doolittle’s plane crashed, but he and his crew parachuted into a rice paddy and were exfiltrated with the help of Chinese guerillas.

The raid didn’t do a lot of harm to Japan, but it succeeded in its goal of helping American morale. The raid also cracked the vaunted superiority of Japanese military leaders.

Some believe it also caused Japan to withdraw its aircraft carrier force from the Indian Ocean to defend their home islands. Doolittle’s raid likely was a factor in Admiral Yamamoto’s decision to attack Midway—an attack that turned into a decisive defeat of the Imperial Japanese Navy.

Thousands of Chinese civilians were massacred by the Japanese army in retaliation for Chinese assistance of the attacking American aviators.

That story has been well recounted, but few know of Doolittle’s connection to Virginia City and to our family. Young Jimmy Doolittle was a mining engineering student at the University of California, Berkeley in 1917 and came to work in the mines at Virginia City that summer. One day, tragedy struck—two miners were killed when the cage they were descending in at the Union Mine broke and plunged 300 feet to the bottom of a shaft. The two were Paddy Hughes and our great-uncle George Benner, who are buried in the cemetery next to that mine.

Since the cage was unworkable, it was decided to lower someone down the mine shaft to see if the miners were alive. Our granddad, Will Cobb, and Doolittle volunteered, and the two were lowered to the wreckage, where they found the two bodies and brought them to the surface.

Ty Cobb was able to talk with Doolittle in his final years—he called him at his home in Pebble Beach, California when he was 94, but still sharp of mind. Doolittle confirmed the story and once again passed on his condolences—“Sorry about your uncle,” he said. 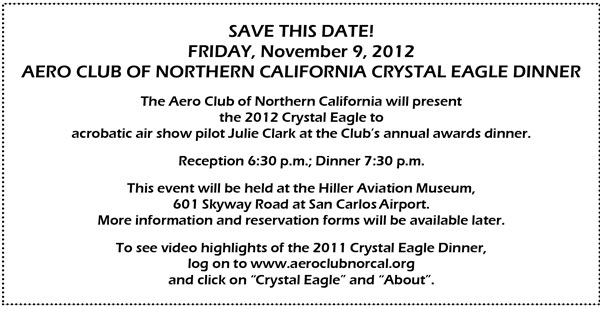